Over 10 years ago, I attended my very first practice as the resident “sport psych student.” (Technically it was March 1st, 2004. Yes, I think I will remember that date for forever). After several meetings with the coach, planning sessions with my supervisor and mentor, and I’m sure a night of slightly ruined sleep, I walked into the wrestling room and proceeded to observe athletes doing what they do.

Except when it’s Division I wrestling, athletes “doing what they do” takes on a whole spectrum of awesomely-weird-mind-meltingly-tough that you never knew was possible. As a neophyte sport psych PhD student, I wanted to work with wrestling because I wanted a challenge. I had (and still have) unending respect for the sport and the athletes who train and compete in it.

I introduced myself to the team (perhaps a pointless exercise as many would tell me later that for the longest time they had no idea what I was doing at practices/wondered if I was dating someone on the team. Sigh.) and found a perch just right for recording my highly insightful, meticulous observations.

Not all observations are game-changers.

It was a week or two before conference, and Nationals were right around the corner. The intensity – and a few tempers – were hovering right around “11:59 AM at the OK Corral.” Two fiery souls may have transitioned from wrestling to boxing match mid-practice on that first day, but I was told “don’t write that down” and etched the memory forever in my brain instead.

Time passed, a few more hours spent watching practice from that slightly lopsided folding chair (you know, just 2500 or so hours), and you found the team doing a Hatha yoga practice in the days leading up to conference. Oh, don’t be fooled; these serene yogi’s once got into a shouting match trying to determine if the sounds of nature CD we were listening to featured tree frogs or crickets. And in all fairness, that can be a tough call to make. 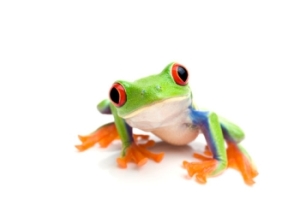 Yoga is about to get all shout-y.

But the important point here is to say that we all had an effect on each other; that I think working together to improve concentration skills and mental toughness brought out the best in us far beyond the number of matches won or lost. And they won – a lot.

Years later, I still recall those experiences as being some of the best any sport psychologist could ever hope to have. Many of those wrestlers are still athletes who inspire fans and other athletes today. I was lucky enough to get to say a few hellos this weekend at the MU wrestling vs Alumni event. The best part? They are STILL hilarious. And talented. And really great people.

And this is important to share with you because being an athlete, likely part of a team, is so much more than win/loss records. The camaraderie and memories made are often what my athletes say they feel the best about many years after the final competition ends. So I want all of the athletes I work with to develop excellent mental skills; but even more importantly, I want them to have a great life experience. I hope that whatever sport you are a part of, you have time for fun and silliness. I hope that coaches find appropriate times and ways to encourage such shenanigans.

And just in case you need more reasons: athletes who have fun at practice and develop positive relationships with their teammates tend to be more energized for the next challenging practice. They work together to solve problems and navigate through hardships that inevitably occur. They experience less “drama” amongst each other (and less drama = less distraction from the work at hand). Eventually they pass along the love for their sport to the next generation of athletes – and  really, I can’t think of anything that would make me happier than that.